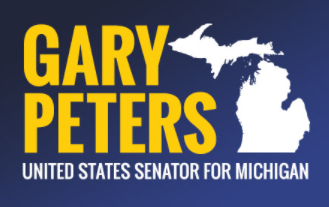 Senator Gary Peters has been honored to represent the State of Michigan in the U.S. Senate since 2015. He has focused on uniting our communities by fighting for the things we all agree on — a stronger economy, good-paying jobs, affordable health care, a secure retirement, and an opportunity for everyone to succeed. In the 117th Congress, Gary is the Chairman of the Senate Homeland Security and Governmental Affairs Committee, which oversees the Department of Homeland Security and is the Senate’s top oversight committee. He also serves on the Senate Armed Services Committee and the Senate Commerce, Science, and Transportation Committee.

In the U.S. Senate, Gary is recognized as one of the most effective and bipartisan Senators, according to the non-partisan Center for Effective Lawmaking (University of Virginia and Vanderbilt University) and the Lugar Center (Georgetown University). During the last Congress (2019-2020), Gary was recognized as the #1 most effective Senator in the U.S. Senate, despite serving as a member of the minority party – an achievement that hadn’t been accomplished since the non-partisan Center for Effective Lawmaking began collecting data over 50 years ago. The Center for Effective Lawmaking cited a key to Gary’s success was his effectiveness in coalition-building. In those two years, Gary was the principal sponsor and author of more standalone bills signed into law than any Democratic or Republican member serving in either the Senate or House.  Some of his bills signed into law include increasing protections for the Great Lakes and securing historic funding for restoration efforts, increasing our nation’s security at our borders, addressing rising water levels and shoreline erosion in Great Lakes communities, expanding apprenticeships for veterans, improving the VA Caregivers Program and saving taxpayer dollars.